Yoga is now widely accepted in every corner of the world and yet its philosophical merit is often undermined.

At the start of 2021, my new year proposition is to revisit the fundamentals. The teachings of Patañjali will serve as a support and a common thread throughout the first quarter.

The teachings of Patañjali yoga sūtra

Yoga tradition holds the Yoga Sūtra of Patañjali (YS) to be the foundational texts of classical Yoga philosophy. Describing and analysing in depth the human mind/psyche, it offers to reflect on the human condition and the options we have on hands to reduce suffering. There is no doubt the Yoga Sūtra of Patañjali (YS) has withstood the test of time and is as relevant today as it was a millennia ago.

Patañjali, the fundamentals of yoga

Studying the Yoga Sūtra of Patañjali (YS) has been a life changing discovery to me and clearly the highlight of my Yoga teacher training. I am immensely grateful to have had the opportunity to study this text with Valerie Faneco (Eka Yoga Institute, Singapore) and then with Anne Poirier (Institut Français du Yoga) over the past 10 years.

yoga in the news

I chose to illustrate my point by quoting Emmanuel Carrère poignant, deep and sincere book, Yoga, which is currently making headlines in France. So let’s take advantage of it! Indeed “yes!” the yoga-sutra of Patanjali has its place in the modern world. Its study is invaluable in guiding us towards more peace and serenity.

There is a canonical text on yoga, dating from three centuries AD […] attributed to Patanjali […]. In the perspective of a book on yoga and meditation that I was about to write […] I went every morning during winter 2015 to read Patanjali at the café de l’Eglise […], comparing several translations & commentaries [ …].

Patanjali, like all Indian school of thoughts since the time of the Upanishads, […], is only interested in one question: is there a way out of this mess that we call the world, the human condition , […]? Is ‘de-conditioning’ possible? […] “Apart from that, say Patanjali and Hervé, nothing deserves to be known”. The good news is, […] the answer is yes. There is an exit. ‘De-conditioning’ is possible. Not easy, it’s the work of a lifetime, or several lifetimes, but possible, and yoga aims at that.

It is a technique of going beyond consciousness by observing consciousness. Patanjali is an outstanding observer, he knows the unconscious at least as well as Freud and he exposes his discoveries in the Indian way, that is to say by drawing up lists: the six darshanas (these are the categories of Brahmanic thought: yoga is one of them), the three gunas (the modes of being of consciousness), the five yamas (the necessary abstinences), the five niyamas (the disciplines no less necessary), the five matrices of citta vritti (all that carries the river of the mind), the eight branches of ashtanga (which is the tree of yoga) […]. The lists and classifications of psychic and spiritual phenomena that Patanjali draws up […] deserve to be studied in detail.

For that reason I am thrilled to pass it on to my students. Throughout the 1st semester 2021, I will be highlighting a selection of key sūtras in my yoga & Meditation classes, mingling physical and breath practice to Yoga Philosophy (classes schedules click HERE) Classes available at Lisbon Studio Urbanbliss Lisboa or online.

You enjoyed this article? Please read: 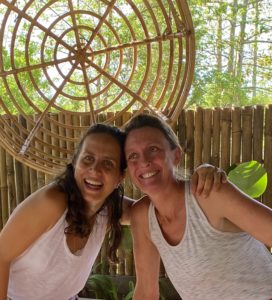